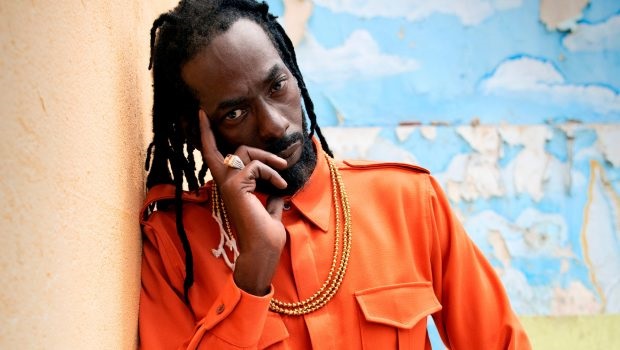 With just about a dozen studio albums and at least half a dozen more compilation albums under his belt, the last being Before The Dawn, released in 2010, many have been waiting, wondering what The Gargamel’s next body of work will be like, especially since his release from incarceration. Now, the wait is almost over.

According to Banton’s co-manager, (producer and CEO of Penthouse Records) Donovan Germain, “Buju’s latest album is just about complete”.

“Actually we’ve finished, it’s just to look about the paperwork – contracts, and for people to sign off on. Because you know, dealing with a major label (Buju signing with hip-hop business mogul Jay-Z’s Roc Nation label last year) is kinda different from what we do in our industry … . Everybody has to sign off,” Germain explained.

What fans can expect

Germain says this new Buju album will have something for everyone.

“It is an album that is geared towards the various parts of the audience that loves Buju … dancehall, lover’s rock, cultural aspect, etc. Because of the fact that Buju has been away for 10 years, we try and give each section of the audience a little something for themselves,” said Germain.

The album, though not yet titled, is set to be released within a couple months.

“We are probably looking at around April (for the album’s release). That is the timeline we are working with, barring any unforeseen changes,” Germain said.

Work started on the album last year May, although Buju had been doing other recordings prior, and was even featured on the track Holy Mountain on DJ Khaled’s Father of Asahd album.

And that wasn’t the only thing that The Gargamel has been up to entertainmentwise, since his ‘Long Walk To Freedom’.

Buju was also featured on the movie soundtrack for the third and latest instalment of the Bad Boys franchise, Bad Boys For Life (which premiered on January 17, 2020) with Murda She Wrote.

No interviews until album’s release

Germain, however, indicated that there would be no interviews forthcoming from Buju until after the release of his new album.

“Let me tell you why we arrived at that position at this time. In essence, if you had Buju for an interview over the last year, what would they ask him?”

If not about his incarceration, then what?

“When the album is out, then Buju will start doing interviews, because at least there is something to talk about other than prison. The only thing dem can talk about right now is prison, because he has not done anything for the last 10 years. He just came from prison, he doesn’t want to think back or relive that experience,” Germain explained.