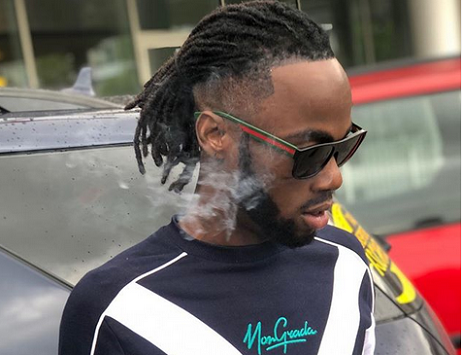 Dancehall artiste Stylo G is the latest entertainer who has been caught on camera having a stand-off with local police.

Though the encounter did not appear to get physical, the recording artiste was quite agitated, as a group of lawmen yesterday requested his presence at the National Police College of Jamaica in Twickenham Park, St Catherine.

The incident was live recorded in part by Stylo G, and posted to his Instagram profile. Based on the video, police entered a Caymanas Estate residence where the artiste and some associates were staying.

Despite finding no weapons or anything illegal, the lawmen said he had to come in for 'processing'.

In a tirade, carried on for approximately 20 minutes, the recording artiste expressed his confusion at the situation, and his distrust of the local police force.

Stylo G then passed his phone to a female companion who kept the camera trained on him.

"Keep it live, because this ah Jamaica, mi nuh trust nuttin. Unu come, kick off the door. Gun, everything inna we face," he said, with his arms mimicking a long gun posture. "We here, and there is no weapons here. You're gonna take us right now to the station, for what? Unu search the place and nuh find the gun!"

The lawmen continued, explaining that he was being taken to the station to be processed.

"If you good, we carry you back," came the assurance. Not even the news that Stylo G has been a resident in England since he was 15 years old could sway the lawmen's decision.

"We don't live here. You can call and find out if we're wanted or not," he reasoned. But the decision was made.

"Don't forget that you're not in England. When all is said and done, you're going to the station," a policeman on the scene said.

"If you don't want to come to the station, we ah guh put the handcuff on you and carry you," another added.

Stylo G said that he was released after processing, but said that the ordeal has left him angry and traumatised.

"It was the first I'm being in an environment like that. It just traumatising fi me fi know seh I'm here working on my music and somebody gonna come and take me out of my house for no reason," he told THE STAR, reiterating that he is not involved in anything illegal. "Even if I did have a gun, it would have been a legal one. But dem seh is a state of emergency suh dem haffi bring mi in."

Attempts to get a comment from head of the police's Corporate Communications Unit, Assistant Superintendent Dahlia Garrick, proved futile.