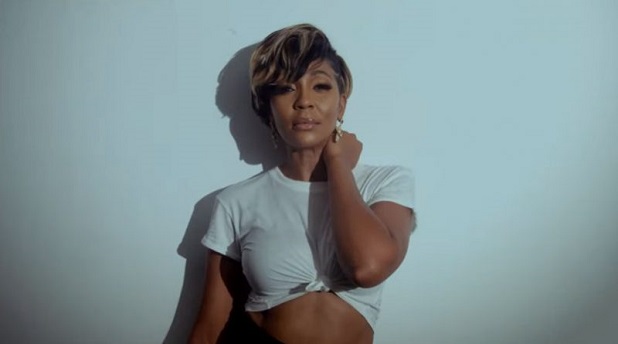 Recently dancehall’s former first lady, D’Angel released a song that is being hailed as a possible ladies anthem and ladies summer song for 2019. The song ‘Decent Whine’ is an ode to the proverbial good pussy. With lyrics like “To how it good, man affi talk. So mi light up, inna di dark. Decent whine and turn him on, him say it sweet so mi cyaa keep calm.” it’s no wonder why every girl will be whining and singing to D’Angel’s Decent Whine.

Less than a month ago, D’Angel followed up the single release with the video to the new track and what a video it is. The video seemingly shot in a warehouse or storage facility, shows D’Angel walking up to a caged up and chained up muscle man, entering the cage and having a very steamy, sweat riddled sesh with the hunk of a man. The colour theme of the video being black, white & skin made it translate to a more steamy time on video. And oh there were dancers in the video, good dancers, matter of fact, great dancers, but D’Angel’s Decent Whine on that hot bodied man stole the whole show. The video has racked up close to 70,000 views on Youtube in less than a month and D’Angel expects it to go a lot further.

Speaking to the Mad A Road team recently D’Angel said, “The song is burning up the radio as well as trending on social media as new female ringtone. Every girl loves it and I knew that would happen and that’s why I did it. It’s a song for the ladies.” She continued by saying “My new songs and my fashions go viral constantly so obviously what we're doing here at Angels Production is surely working.”

D’Angel also gave us a little insight into what she has coming up on the horizon, “I will be going off to Cayman this weekend, I will be live in concert, then I will also be heading to Nashville for a show. Then head back home for my participation in Mission Neahlis, which is an annual charity concert which will also feature Hollywood actress Vivica A. Fox. I am really looking forward for that as fans can come and experience the stronger side of D'Angel. I'm also busy in the studio working on new material so keep your eyes and ears open world.”