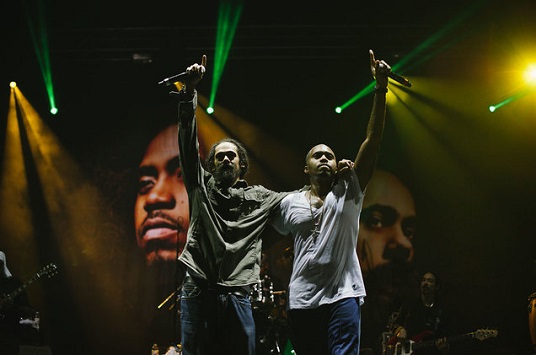 In celebration of the 10th anniversary of their visionary, genre-blurring project Distant Relatives, reggae artiste Damian "Junior Gong" Marley and rap icon Nas will perform the album in its entirety aboard back-to-back sailings of Marley's Welcome to Jamrock Reggae Cruise.

Produced by Damian and his older brother Stephen, Distant Relatives was released in May 2010 and debuted at number 5 on the Billboard 200, selling 57,000 copies in its first week.

The project, which was distributed by Universal Republic/Def Jam, peaked at number 1 on the Top R&B/Hip-Hop Albums and Reggae Albums tallies.

Their last joint performance was September 2011 at Austin City Limits.

Dancehall legend Shabba Ranks will also perform on both cruises, which will have identical artiste lineups.

The complete Welcome to Jamrock Reggae Cruise lineup will be announced soon.