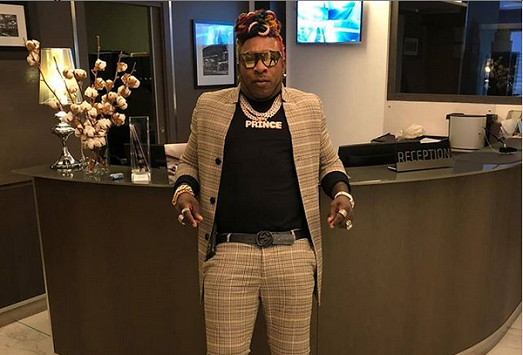 Dancehall artiste Elephant Man, whose given name is Oneil Bryan, has been charged with breaches of the Immigration Act.

The police made the announcement a short while ago on Twitter. According to the police, a team from the Counter-Terrorism and Organised Crime Investigation Branch visited the entertainer's home and served a summons on the artiste.

He is scheduled to appear in court on April 15 to answer to the charges.

Elephant Man and members of his team returned to the island sometime this month from a European tour.

The artiste is accused of falsifying immigration documents by not declaring all the countries he had visited while he was abroad.

Elephant Man has apologised to the airport staff at Sangster International, health minister Dr Christopher Tufton and the people of Jamaica for potentially exposing them to the new coronavirus.

He said that he would "never intentionally put anyone's life at risk" even as he acknowledged that he "incorrectly completed the (immigration) form."

The entertainer who returned from Europe, which is now the 'epicentre' of the global coronavirus pandemic, on Tuesday night did not declare on his immigration form that he was in Germany, one of eight countries on which the Government has imposed travel restrictions as a result of COVID-19.

Health minister Dr Christopher Tufton, when contacted by THE STAR, said "I prefer not to comment at this time and allow the authorities to do their investigations."

"But it’s important that all of Jamaica understands the importance and the seriousness of these new measures to prevent the spread of the COVID-19 virus. We can’t make exemptions as we will put our country at risk and that would be irresponsible. It has to be one law for all."

Jamaica has placed travel restrictions on persons coming from Germany, Iran, China, South Korea, Italy, Singapore, Spain, France and the United Kingdom. Jamaicans who have travelled to any of these countries within the last 14 days will have landing privileges in accordance with the law, but will be subjected to health assessments and quarantines, once they have landed. All travellers from countries where there is local transmission of the COVID-19 will now be required to self-quarantine for up to 14 days.

An immigration officer said that when Elephant Man, whose given name is O'Neil Bryant, arrived at Sangster International on Tuesday night, on a flight from Brussels, Belgium, he declared on his form that he was Amsterdam in the Netherlands. She said that he was asked whether he was in Germany and the entertainer said no, and neither did he declare it on his form.

However, Elephant Man contends that he told the officer that he was in Berlin, Germany. He said, too, that he has since spoken to the authorities and is self-quarantined at home.