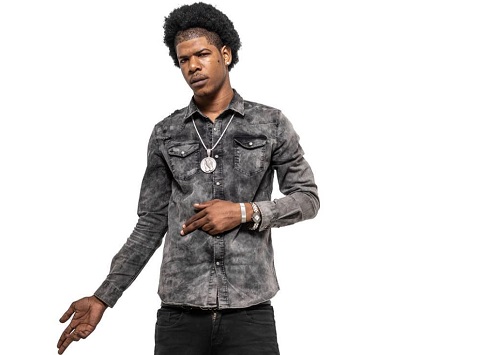 Established as an underground dancehall act for a few years now, Fully Bad, is beginning to sprout new leaves. Though the present climate of the genre portrays artistes from Jamaica's East and West side as the dominant forces, Fully Bad is undaunted nor intimidated by it. Since cutting ties with former management, the Foota Hype-led Foota Hype Music (FHM), he is fully ready to put down roots in the dancehall community.

Since cutting tied with Foota Hype, Fully Bad has secured a management deal with a New York-based label and already has a discography of new music including an EP titled 'Born Fi Dweet'. Although he confirmed that parting ways with Foota Hype was a mutual decision, critics have given 'The Art of Loyalty' deejay the thumbs up for separating himself from a controversial public figure.

"We all know Foota Hype is a very outspoken individual, and that is who he will forever be; he has his views and opinions on life and certain things just as any other person does. He is entitled to that." The deejay spoke on, "As for my career being entangled with the controversial side of Foota Hype (lol), it depends on how a person looks on the glass – half empty or half full – some say yes some say no. If I'm to focus on the positive, he was the one to introduce me to the dancehall community, that did more good than bad for me as an artiste. I will forever be grateful to him."

East Side or West Side a Run Dancehall?

We asked Fully Bad about the current state of affairs in the dancehall space. He commented on the East and West producing the hottest dancehall artistes currently, and said this, "I commend all the artistes that are putting in the work and effort to uplift dancehall music. At the end of the day, a particular artiste might voice a particular song, and it bad, but the work itself that is seen by the world belongs to the culture of Jamaica.

On that topic, he also added, "It is not an easy thing to create good music, so if for now the East and the West are "running dancehall" then that's good for dancehall music. There are still many talented artistes like myself that are from the South-side and other areas of the island that have yet to receive a big break," Fully Bad told MadARoad.

He continued: "I believe with hard work, dedication, persistence, belief in oneself, and time, all things will manifest. Like the saying goes "today for you, tomorrow for me", you have to stand firm and know that you are born to do it, and it will be… right now is Fully Bad time and nothing can stop it."

He says it all comes down to the journey more than the destination, and working with the selector was a part of what brought the deejay to his current project. On the last lap of 'Born Fi Dweet', which is to be released in the coming weeks, Fully Bad is enjoying the success of the title track, 'Born Fi Dweet' which is getting steady rotation on the radio and 'Airplane Mood' which has amassed over 100,000 views on the deejay's VEVO page. Both tracks were produced by DJ Slow Motion.

The tracks are a teaser to the full project and what the deejay hopes will lead to more successful projects with some of the established names in music production such as Chimney Records, Shabdon and Snowcone. "I'm looking forward to doing some work with these producers in the near future," he said. "The fans are gravitating to the tracks so far and can look forward to the EP dropping soon – new visuals to show the world and a few collaborations in the pipeline."

Even though there are obstacles we are all facing during this pandemic, Fully Bad asserted that he and his team have been putting in the work. "My team and I will continue to put in the work by finding new and exciting ways to engage the fans while creating beautiful music for all to enjoy…most importantly we want everyone to be safe . Life is still the greatest thing on earth, so preserve it and cherish it… Fully!"