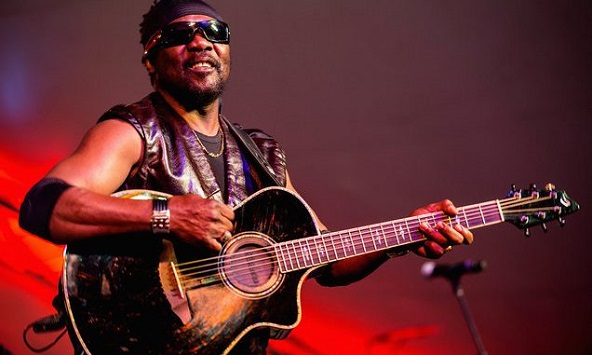 Legendary reggae singer Frederick "Toots" Hibbert died in the University Hospital of the West Indies in St Andrew on Friday evening. He was 78.
The singer had been admitted at the hospital last week Monday and was in a medically induced coma.

"Jamaica has lost a great cultural icon. The soul of an age has died," he told Observer Online a short while ago.

"The family is asking for privacy at this time as they are going through a very difficult period. Toots was the patriarch of the family. He was everything to his family. I spoke to his daughter, Jenieve Bailey, who confirmed that her father had indeed passed this evening," he continued.

Hibbert was one of the 10 finalists in the recently concluded Jamaica Festival Song Competition — a contest he won three times.

He recently released his latest album, Got To Be Tough, on August 28.

Formed in the 1960s, his band Toots and the Maytals helped popularise reggae music. The group's 1968 single Do The Reggay was the first song to use the word “reggae” naming the genre and introducing it to a global audience.

The group's popular songs include Monkey Man, Sweet And Dandy, Bam Bam, and Pomps And Pride.

In 2005, the group won the Grammy Award for Best Reggae Album with True Love. Seven years later, he was awarded an Order of Distinction for his contribution to Jamaica's music.

In December 2019, he received a Jamaica Observer Entertainment Award for his efforts in taking reggae global.