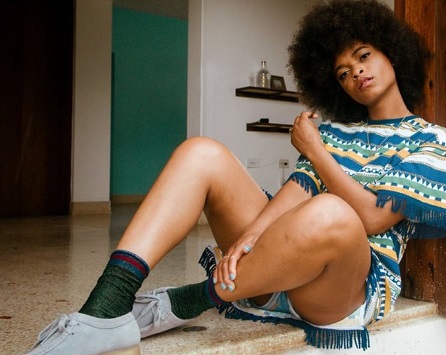 Singer Lila Iké has the top-selling reggae set in the United States this week with The ExPerience . RCA Records released the seven-track EP on May 15. It features the songs: Solitude, Thy Will, Stars Align, Where I'm Coming From, I Spy, Forget Me, and Second Chance.

With 454 digital copies sold in its first week, The ExPerience debuts top of the Current Reggae Albums Chart. The sales-driven tally is only available through subscription to Nielsen Music, which tracks sales of albums and singles in the United States.

The ExPerience replaces World on Fire by Stick Figure from pole position. The American band falls to number two with 207 while Welcome to Treasure Island by JC and The Reggae Starzz rises to number three.

Former chart-topper and Grammy-nominated Mass Manipulation by Steel Pulse is up from number eight to four. To date, it has sold 4,445 copies.

Loyalty by Morgan Heritage peaked at number three in August last year. This week, it moves from number 22 to five, selling another 81 copies for total sales of 624.