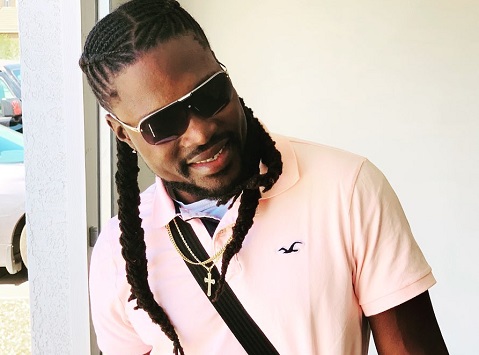 Brooklyn born dancehall artiste N.K is hot and on the rise in musical arena. Since 2020, NK has released a few singles that are getting a buzz and having people question “Who is NK?” Well Mad A Road has the scoop on who this up and coming dancehall star is.

Born Aven Folkes, N.K. was raised by parents Angela and Horace Folkes in Brooklyn, New York. His parents kept him on track and in the eyes of the Lord. He entered in to music at age eight, when he began participating in the church choir. There he discovered that music was his first love. His older brothers Adrian and Floyd who shared the same passion as their younger brother, became his musical mentors.

Writing his own lyrics started out as just a hobby and he wrote lyrics which consisted of a mixture of rap, R&B reggae with a touch of dancehall. Then it became more of his dream and he was very dedicated to it. At age thirteen years, music became serious for the young N.K. Playtime as his brothers introduced him to Velocity, the first sound system selectors he had ever met. The guys from Velocity helped to to reveal his passion and talent to the world.

He began walking the path to success in the music business. He started recording with different various labels such as New Money Entertainment and Damage Musiq. Additional to releasing his own music, he has also collaborated with XL and Mixxology, the three creating a club banger called ‘We don’t like Dem’.  Since 2020 he has released ‘Murdera’ and ‘Gal A Yuh’ and there is still more to come. N.K is signed to Solid Sound Entertainment Records owned by Adjene.