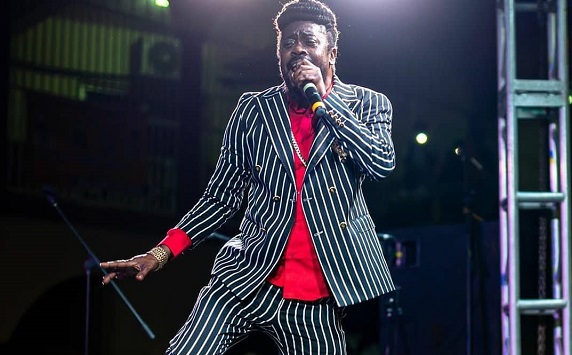 In this episode of Top A Di Charts…. BIG UP BEENIE MAN!!!!!!!!!!! (Now let’s contain ourselves) At Mad A Road, we are advocates for actual, Jamaican born, culturally bred reggae/dancehall artistes being on any Reggae/Dancehall Charts. I (Toni-Ann Kelly) personally, have a problem with culture vultures, especially the ones who don’t admit that they are stealing or appropriating the culture that they are being accused of. Anyways, BEENIE MAN!

Beenie Man has been very, very busy post Dancehall Verzuz. From his new fitness journey, sparked by the meme tsunami that drowned twitter after the epic Verzuz battle to his Verzuz inspired merch, the King Of The Dancehall is charting new territories for dancehall artistes to follow through (watch and learn youngins). Perhaps the most noticeable move since the clash is his ‘Best of Beenie Man’ album’s move up and smack back on the Reggae Billboard Chart.

No doubt since the Dancehall Verzuz battle both Beenie Man and Bounty Killa have been experiencing bumps in online music sales, streams and popularity and there is seemingly a greater interest in dancehall overall. The battle had over 1.3 billion impressions (is still climbing) and Swiss Beatz said that Dancehall Verzuz is the most successful installation of the series so far (BOOM). According to Billboard Magazine and data from Nielsen Music/MRC, Beenie Man pulled 622,000 U.S. on-demand streams on May 24 and fans can’t seem to get enough of the self-proclaimed girl’s dem sugar.

The ‘Best of Beenie Man’ album has reappeared on the Billboard Reggae Albums Chart at number 9 and by all indications only intends to go way up. The 20 year-old album, was last seen on the Billboard Reggae Album Chart in April 2001 and peaked at number 4 in December 2000. Best of Beenie Man was released in November 2000 by Shocking Vibes Productions/VP Records and features some of Beenie’s most loved tracks.

Now let us all go stream some Beenie Man songs and move him further up the charts… Congrats Beenie Man!