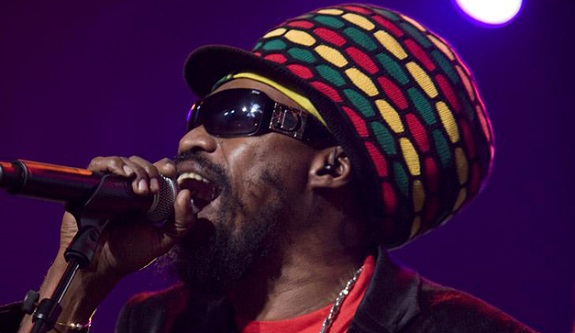 As the voice of Black Uhuru for over a decade, Michael Rose helped fashion the sound of roots-reggae during the 1980s. In recent years, he has collaborated with contemporary reggae artistes like Damian “Junior Gong” Marley and Tarrus Riley, but for his latest project Rose goes way back in time.

Rose, 61, told the Jamaica Observer that he has almost completed a ska album he hopes to release by summer. He co-produced the songs with a Venezuelan musician he knows only as Dario.

The veteran singer said because not many Jamaican artistes are doing ska, he agreed with Dario to take on the project. The sessions were done at Rose's home studio in South Florida.

“If yuh notice, of di ska artistes dem only Toots (and The Maytals) still a stan' up. So, mi si a empty spot an' sey, 'mek mi do something different',” he said.

Dance Ska is lead single from the album which Rose projects will have 13 songs. The tracks have a contemporary feel and differs from the punk-inspired rhythms that has made American bands like 311, Rancid, Sublime, Slightly Stoopid and The Mighty Mighty Bosstones popular in the United States.

It is also a departure from the roots-reggae Rose has done for most of his 45-year career. His last album, The Healing of The Nation, was released in November and maintained the tradition of Rastafari-influenced message songs.

The Healing of The Nation contained new versions of Sinsemilla, Solidarity and General Penitentiary, songs he did with Black Uhur

For Rose, making a ska record is in line with working alongside Junior Gong and Tarrus Riley, as it introduces him to a new generation of fans. Last year, he did a version of the Black Uhuru classic, Guess Who's Coming to Dinner, with Riley.

“Nuff people ask mi how mi keep so current. Dat's what working with a Tarrus Riley does, it keep Michael Rose current in dis time,” he said.

Ska erupted in Kingston during the early 1960s when Rose was a toddler in Waterhouse, a community that would produce a number of major reggae artistes in the 1970s. His first song, Observer Life, was done early that decade for producer Lee “Scratch” Perry, but it was after he won a talent contest at the Bohemia Club in Kingston that his recording career got momentum.

Rose's performance impressed producer Winston “Niney” Holness who invited him to Orange Street, then hub for Jamaican music. Holness produced a number of songs with Holness and the Soul Syndicate Band including the original Guess Who's Coming to Dinner.

He joined Black Uhuru in 1977 and two years later, with founder Duckie Simpson and American Puma Jones, the group took off under the guidance of hot production duo, Sly and Robbie. Their reworked Guess Who's Coming to Dinner, General Penitentiary, Abortion and Plastic Smile were hits in 1979 and caught the attention of Island Records boss Chris Blackwell who signed them to his label.