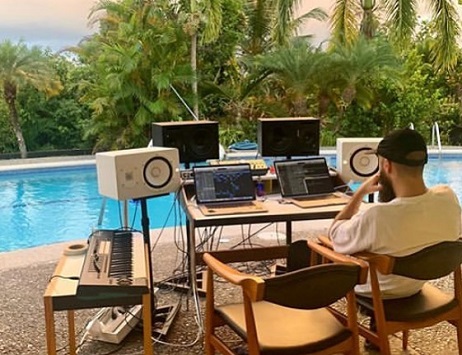 In our new series, we look at eight cities where live music has exploded — from legendary hubs like Chicago and Nashville, to rising hot spots like Tulsa, Oklahoma, and Portland, Maine. We also look at some far-flung destinations where the music the music is worth the journey. One of those places is Port Antonio, Jamaica, a formerly sleepy spot that features rum bars, street parties, and some of the best music in the world.

Even though he grew up in Kingston, Shaggy had never been to Port Antonio, the town on the northeast coast of Jamaica, until 1999, when his wife suggested a trip to the remote town. “I had to chop through bushes to get to this beach, and I didn’t even know how to swim,” the reggae star says. “I was like, ‘I don’t wanna go to no damn beach!’ But it was so pristine. I ended up spending the whole day there.”

Shaggy is one of many musicians who have discovered the lush, enticing, and secluded charms of Port Antonio, not far from the birthplace of jerk cooking. Diplo, Santigold, and Shaggy (who bought 10 acres of beachfront land) have property in the area. Geejam, a hilltop boutique hotel run by former record executive Jon Baker, features a very private studio where Drake, Harry Styles, Florence and the Machine, and recently rising British singer-songwriter Jorja Smith have worked, some blocking it out for months at a time. (Drake took over Geejam’s upscale Bushbar for a 24-hour bash, inviting local artists to party with him; the space also hosts live music Fridays and Saturdays.) At songwriting camps on the property, producers and writers have converged to write material for Dua Lipa and Alicia Keys. “Any hotel with a studio can put the most high-tech room together,” says Baker. “But the reality is that you can’t put in the Caribbean and the Blue Mountains as your decor.” The cabins have themes, like Rock Steady and Ska. Port Antonio is a two-hour drive from the capital of Kingston, with none of the usual tourist resorts and golf clubs. A new highway under construction will cut that time in half, but until then fly into Kingston, stay overnight at the Terra Nova or Spanish Court, stop by the new Kaya Herb House, where you can get a license on the spot for the highest-quality local ganja, and catch live reggae at the Kingston Dub Club in the hills outside of town. Then make your way north to a city (population 10,000) with seven beaches, the unspoiled Reach Falls waterfall, and the Blue Lagoon (yes, where that Brooke Shields film and parts of Top Gun were shot).

Music in Port Antonio isn’t relegated to GeeJam. In Port Antonio, musicians and vacationers pop into rum bars to hear ska. Every Sunday night, you can party to reggae classics at Guinep Tree Bar’s street party “Vinyl Sundays” or Boston Jerk Center’s “Freaky Sundays.” Check out the weekly Roadblock street party at the Cristal Nightclub, and grab an authentic Jamaican dinner at the funky backyard spot Soldier Camp. Shaggy himself has partaken of river tours on bamboo rafts before getting to work. “Other places should adapt and put recording studios in hotels,” he says. “You get the creative juices flowing in that relaxed mode.