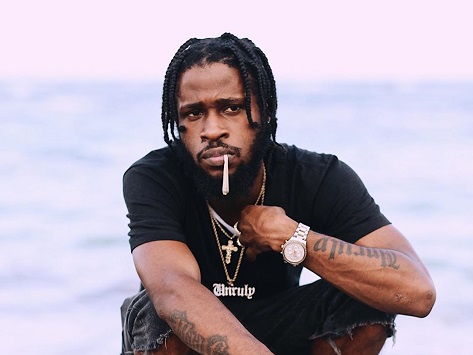 Dancehall artiste Quada is set to reappear before the courts on July 16 to answer to charges of murder and arson.

The new date was set yesterday when the deejay made an appearance in the Kingston and St Andrew Parish Court in Half-Way Tree, accompanied by his attorney, Stacey Knight.

In an interview with THE STAR following the court proceedings, Knight says she believes the new date is an indication that the prosecution is dragging its feet in the case against her client.

She pointed out that to date, she is yet to receive critical statements that she could use to build a strong defence for her client, including a key eyewitness statement.

"The prosecution is dragging their feet. What happened today was essentially what happened the last time we appeared in court. We got an update to say that the post-mortem is not ready and so he has received another date, and it's not like we expect the trial to start on that date. It's just another mention date," she said. "They are not even trying to bring any evidence other than the post-mortem, which is not in dispute, because somebody died, and the manner in which the person died is also not in dispute because that is public knowledge.

Lots of people know how this person died. What we know is that our client was not involved and they (the prosecution) seem to be clutching at straws because they feel they have to charge somebody, and yuh know when dem say 'yuh name easy fi call?' Quada Don name easy fi call."

Knight added that although her client remains in high spirits, he would like to move forward with his life without a murder charge hanging over his head.

"He was not a part of any mob killings and so he would very much like to get over this. He wants to get on with his life, as he deserves to do," she said. "He is tired of this and wondering why he has to endure this. He had nothing to do with what he has been charged for, and you know once there is a charge hanging over your head, there is a kind of uncertainty in life, because you don't know what's going to happen next, and so he wants the chance to clear his name and move on."

Quada, whose given name is Shaquelle Clarke, was charged in January with murder and arson in relation to the 2019 mob killing of Miguel Williams.

Williams was allegedly the man behind the rape and murder of eight-year-old Shantae Skyers in Sterling Castle Heights, St Andrew. He was attacked, beaten, and set on fire by persons who accused him of killing the Red Hills Primary School student last year April.