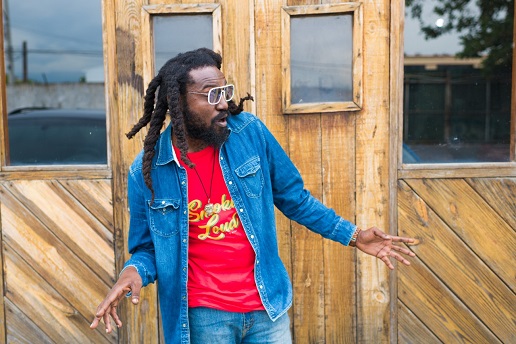 Jamaicans are complaining about the heat this summer and none said it better in a song than Third World with their international hit ’96 Degrees in the Shade’. Summer 2019 has cued a different kind of heat from emerging artiste Ras Ajai who has dropped a real banger on the Dutty Rock Production/Money Matters Entertainment newest riddim release, The Callaloo Riddim. The song, aptly titled ‘Di Ras Hot’ is a fresh take on the age old dancehall staple ‘man a gyaliss’.

The Mad A Road team touched base with the emerging artiste recently in his hometown of Portmore, St. Catherine to hear what he had to say about his new music and riding the upcoming wave of success.

Mad A Road: How is it being a hot emerging artiste in dancehall given the growing popularity of 'Di Ras Hot' in the street and in radioland?

Ras Ajai: Well I can say that it is a blessing thus far. Seeing how people respond to it (Di Ras Hot) is crazy. We never expected it to be so quick but I swear I'm thankful more than anything else because the people say a now enuh.

Mad A Road: How did the song come about, what was the inspiration for the track?

Ras Ajai: The song came about by us being at Dutty Rock Studios and Suku (Ward 21), myself, News and some others were at the studio vibing to the riddim. Suku, being the genius that he is belted out "dem no see di ras hot him have about a dozen gal over Kencott."  The song just developed from there, when he (Suku) heard what I had come up with a couple minutes later he was in shock as he never believed it would have been completed so fast.

Mad A Road: What is it like as an emerging artiste working alongside the likes of Sean Paul & Chi-Ching-Ching?

Ras Ajai: It is one of those surreal moments when you gotta pinch yourself to believe that Sean Paul's considered family to rahtid. (Laughs Out Loud) Ching a mi bredda, I've been around Ching from my days of being mentored by Dean Fraser and Tarrus Riley. Tarrus had a song with Ching which Jordan from Chimney Records produced; I was in that video hahahaha... so yuh know we cool longtime.

Mad A Road: What's on the horizon for Ras Ajai?

Ras Ajai: Well I'm about to mix down my debut EP which boasts projects with Dutty Rock Productions, Money Matters Ent. which is also my management team, Banx and Ranx, Picante Music and Blacq Sheep Music to name a few. The ones will have to stay tuned enuh!

Mad A Road: What are you most looking forward to being in the music industry?

Ras Ajai: Jah Jah! Being able to tour the world and have people listen to my music is the greatest blessing that can be afforded unto me.