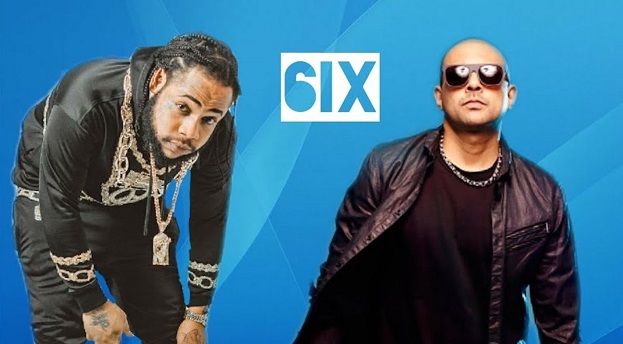 The 6ixx Boss Squash recently released his collaboration with international dancehall sensation Sean Paul, ‘Life We Living’ and what a summer jam it is. Just envision the perfect summer sunset drive out to an evening beach par, lots of liquor, good friends, good music and the Life We Living track is the perfect track to be blasting through the speakers.

“The song came about through a conversation with me and Raj P which ended up in us linking Squash with the idea of collaborating with Sean Paul. Before that week was up Squash was at Dutty Rock’s studio and both artistes were ready to record the song.” said Brooklyn News of Money Matters Entertainment.

When asked about the relationship between himself and Sean Paul, Squash said, “I never knew Sean Paul before we did the song, I knew of him because him a big international dj enuh. But we build a likkl friendship since then enuh, a one link really.”

Brooklyn News added “The chemistry between the two on the track is undeniable. Once we made the link and got the two in the studio it was organic and the two artistes were flowing, vibing and feeding off each other’s energy and a real wicked track came out of it.”

On the other hand, international reggae/dancehall sensation Sean Paul said he feel it is his duty to bring reggae and dancehall to the world and what better way to do that than to shine light on younger artistes who are doing great things in the musical space. He expressed that any artiste he likes he wouldn’t hesitate to link up with them and cook up a hot track and in his eyes Squash is doing great things in dancehall.

“I am first and foremost a reggae dancehall artist. I still do many dancehall songs year to year produce dancehall riddims and record and release other dancehall acts. When artists in the genre are doing music of such a high standard and quality it is only my rightful duty to help shine light on their career me being such a popular international figure.” Sean Paul expressed.

Life We Living was produced by Money Matters Ent. and East Link Records for Sean Paul’s label Dutty Rock Productions. Squash let on to the Mad A Road team that they will be shooting a video for the song shortly so fans should look out for that.