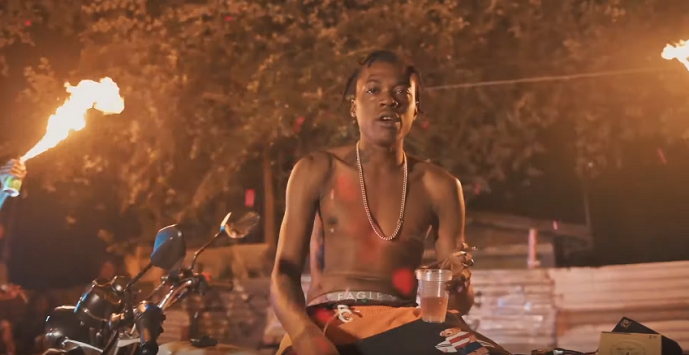 If your name is Skillibeng, you are having a great August! Less than a week ago the dancehall up and comer dropped his unconventional 3 track EP and is already trending internationally.

On August 20, the artiste released his second musical compilation, and to everyone's surprise, the EP (which is more like a Demo Album… sorry not sorry) has only 3 tracks. The EP aptly titled 'Brik Pan Brik' features his already released breakout hit of the same name, another already famous Skillibeng track; 'Mr. Universe' and one brand new track 'Million A Dolla' which is pretty cool, but not enough. Even though the songs are wildly popular, the EP has left many fans questioning, where is the rest of it?

The 3 track EP (Three-P… lol) features the artiste's two most successful musical works to date, 'Brik Pan Brik' and 'Mr. Universe'. 'Brik Pan Brik' has amassed over 6.4 million views on Youtube with the official audio and music video numbers combined and over 795,000 streams on Spotify. 'Mr. Universe' on the other hand, has about 3.7 million views with both audio and visuals combined and over 115,000 Spotify streams.

This week also has Skillibeng celebrating some shared Billboard success. The artiste is featured on a reggae/dancehall compilation album called 'Tropical House Cruises to Jamaica: The Reggae Collector's Edition' which is currently making its way up the Billboard Compilation Chart. Debuting at Number 16 a few days ago, the album features, Shatta Wale's 'Dream', Vybz Kartel's 'The Winner', Peetah Morgan's 'Keep Us Dancing', Skillibeng's 'Middle Day' and more.

He can now add to his celebration list, his Rising Artiste of the Week feature on mega streaming platform TIDAL. TIDAL made a post on their 300k follower-strong twitter page hailing the dancehall lyricist as the Rising Star of the genre. We can hear Skilli now "Who me? Mr Universe!" The post, captioned, "@skillibeng flexes on his latest single 'Million A Dolla'" is linked to the Rising: Dancehall/Reggae list on TIDAL which shows off what's hot in dancehall at the moment. The list features Skillibeng at the top and also lists songs by, Jahvillani, Xyclone, Daddy1, Tesselated, Lila Iké, Vybz Kartel, Likkl Vybz and Likkl Addi among others.

🚀 Rising Artists of the Week 🚀

🇯🇲 Dancehall/Reggae@skillibeng flexes on his latest single "Million A Dolla."

In a recent interview with the Jamaica Star newspaper, skillibeng credited his current success to the work that he has been putting in where his craft is concerned. He said, "This is a great look for dancehall and Jamaican music on a whole, and me just feel like the work really just start put in." In another interview with Vice Magazine, he said: "It [success] shows me all the good work, all the hard work I've been doing makes sense". We can lookout for more greatness on the international scene from Skilli as he continues to rise in the musical universe.