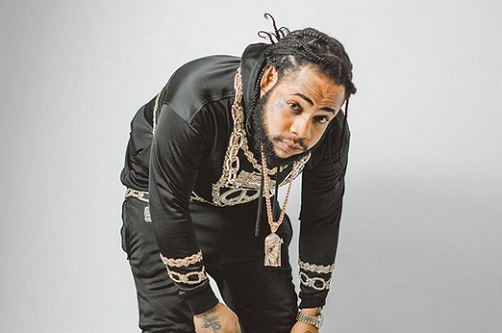 Like waking a sleeping giant, The 6ix recently launched a lyrical attack on fellow dancehall entertainer Alkaline. In the spirit of dancehall, the attack was returned by the Vendetta boss with a volley of threats through social media and song.

But there is another faction who some allege are daring to charge on to the battlefield - the Jahvillani-led Wileside Government.On Sunday night, the One Gov figurehead released his latest track called Undefeated.

Clocking close to 50,000 views on his Vevo channel, and perhaps more counts on other platforms, Undefeated has opened impressively.

But the brow-raising count is perhaps because fans are positioning the song as a diss to The 6ix.

Popular team or not

Whether Undefeated is a diss to the popular team or not, fans can expect the 'gun song' to go unanswered.

"Squash nah do no more clash. Any man can say what them wah seh, and sing what them wah sing. But this is not the time for that. Too much of one thing, good for nothing," Junior 'Heavy D' Fraser, manager of The 6ix, told THE STAR.

On the other side of the fence, Wileside management denies that the violent song is directed at anyone.

Undefeated is part of a rhythm compilation produced by Lion Order and One Gov Productions, featuring M Gee and Deep Jahi.

"Pretty soon I-Octane will be added. I am grateful for the highlight this production has brought because it's my first production and after seeing how well Jahvillani's song kicked off, I have no doubt in future endeavors," said Lion, CEO of Lion Order Productions.