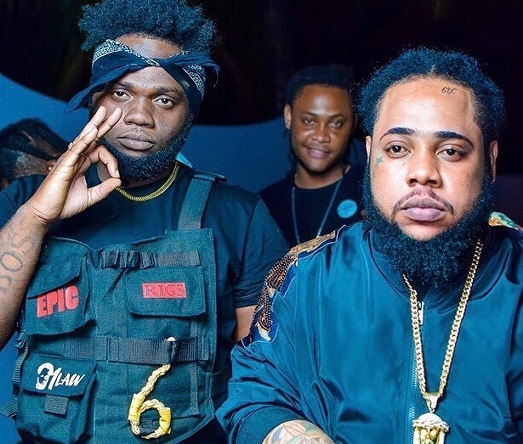 Less than a year since emerging as artistes to contend with, frontmen of the '6ix' and other rural acts are slated to close Festival Night One at Reggae Sumfest on, July 19.

It will not only be a historic moment, as it will see young, meteoric, rural deejays culminating the most-anticipated night at the festival, but will also mark the performance debut of each act on the Sumfest stage.

St Ann-born Jahvillani and Montegonians Shane E and Unknown Gringo will be tasked with maintaining the morning crowd alongside 6ix members Squash (from Montego Bay) and St Thomas-native Chronic Law.

Show promoter Joe Bogdanovich is confident in their abilities to deliver.

"It's gonna be what the girls like, and that is the 6ix," he told THE STAR. "I think they're gonna do well because they've got a lot of fans, they've got a lot of lyrics. They're very confident in themselves and their abilities with the ladies, so it's exciting, it's young and it's fresh."

This mimics the ending of the first of two performance nights last year, where fast-rising Montegonian acts Teejay and Rygin King performed in tandem with Tommy Lee Sparta. Bogdanovich said the Second City is currently at the fore of "reincarnating the dancehall scene, which is very much needed," influencing the decision to close with these particular acts.
KEEPING THE MUSIC ALIVE

"They all support one another, and it's an example of unity which I love," he said. "We want to keep the music alive and be the best that we can and represent Jamaica like no one else can, that's what it is all about for me."

Squash's manager, Junior 'Heavy D' Fraser, commended the artistes for taking the reins to close the night, stating that many artistes often shy away from the task.

"This is rare for an artiste to perform at Sumfest for the first time and close it. It speaks to di power dem have inna music now, and me think the 6ix a go live up to it inna great style.

"Dem have social media on lock, and me see people stand up inna rain a wait for them to perform. You know Jamaican crowd nuh give nuh chance, so when yuh see dem a operate so wid artiste, yuh know seh a bare star," Heavy D said.

For Unknown Gringo, gracing the Sumfest stage has been a childhood dream. Since embarking on a music career in 2016 (under the moniker NoFace Unknown), he said he has worked hard to earn this opportunity and looks forward to engaging fans.

"Sumfest was one of the stages I wanted to be on growing up, but nothing happens before its time, so I appreciate it and will step forward and do my best," he started.

"I feel good to be part of the rural artistes closing the first night, the hard work I've been putting in is paying off now, so I'm just going to continue."

Blessings A Flow deejay Shane E also sees this as another milestone in his career.

"This is a major move and fans can expect nothing but greatness, like what we always do. It's gonna be an epic performance, a bang, I'm sure of that."