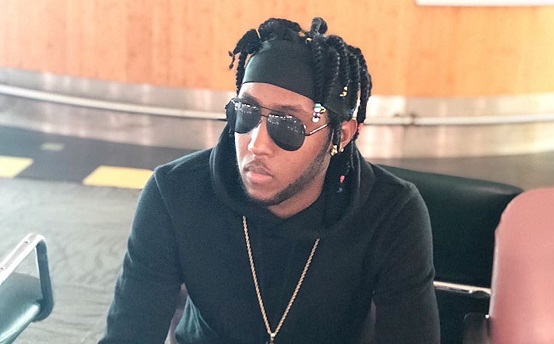 Dancehall artiste Kemar 'Vershon' Brown is breaking his silence on the matter concerning a number of press releases issued by his former publicist, Rickardo 'Shuzzr' Smith.

The entertainer was one of several Jamaican entertainers booked to perform at the BDA Summer Festival scheduled for Snorkel Park Beach in Bermuda on August 3.

Version had complained that he was refused entry to Bermuda on August 2, after the plug was pulled at the last minute on a concert in which he was scheduled to perform. The Caribbean Media Corporation (CMC) said Bermuda's Minister of National Security, Wayne Caines, said that no record existed of Vershon submitting an application for a permit to perform in Bermuda, and that his name did not appear on any flight manifests for that day.

But in a telephone interview with THE STAR yesterday, Vershon said that while at the JFK International Airport in New York, awaiting a connecting flight to Bermuda on August 2, the event promoter told him, via telephone, that the event was a no-go.

A statement was released three days after by Shuzzr stating that Vershon was denied entry in Bermuda. Vershon told THE STAR that this was incorrect.

"When the first story went out, I said to the publicist, 'the deny something don't look good because is not just Bermuda might see this, but wherever I go it can affect me'. It was just a miscommunication. Me understand seh Mr Rickardo is trying to protect his brand because him nah try fi look bad, but at the same time, you can't make me look bad. Is better if we did come together and just say our humblest apology and everything would be over by now."

The publicist has since severed ties with Vershon and apologised to the authorities in Bermuda. They also released an audio recording of the the dancehall entertainer saying: "Ah nuh fi wi fault, not even the promoter fault still, ah di government nuh waan issue no permit. Cah ah waan tell you seh we reach ah di airport and dem nah let we inna the country them send we back out dawg, and memba we have US visa...mi nuh kno' wah happen, not even inna the country dem waan we guh."
Miscommunication

Vershon has sought to clarify that statement.

"We were in New York and the promoter called to say don't bother board the plane to Bermuda because a team of us was already there and they were planning to send them out. That's when I sent the voice note; I said 'we' because ah habit to speak like that. Another group of entertainers was having problems there, so you see where the miscommunication come from. But the article that say I got denied is completely incorrect. I never used those words, but I said there is a work permit issue."

He said he has not had any conversations with the publicist since the media crossfire because: "Like one thing always leads to a next, and I don't want to add fuel to that, sometimes it best to prevent it."

The Inna Real Life deejay is set to tour Costa Rica this week, but has intentions to travel to Bermuda as soon as all the smoke has cleared.