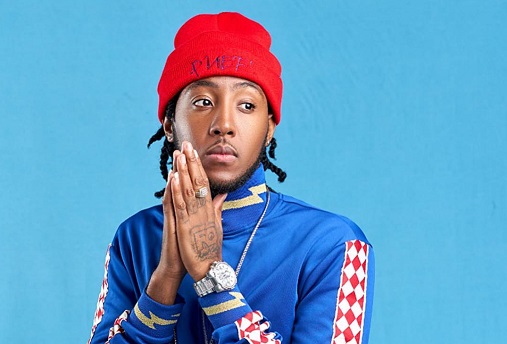 Jamaican entertainer Vershon has demanded an apology from authorities after he was refused entry to Bermuda when the weekend concert he was scheduled to perform in was cancelled.

A spokesman for the 28-year-old, whose real name is Kemar Vershawn Brown, said he was told at the LF Wade International Airport that, due to the cancellation of the BDA Summer Music Festival, his work permit was “null and void” and he would not be allowed to enter the country as a tourist.

“While we understand that Vershon needs a work permit to work on the island … the artist still had the legally required documentation to visit the island as a tourist, which was ignored,” the spokesman said.

“It's unfortunate that those who seek to bring positive publicity and aid in the economic development of Bermuda's tourism sector are refused entry even with the proper documentation.

“The artist, who is a brand ambassador for reggae-dancehall music, is owed an apology for the way it was handled.”

The BDA Summer Music Festival was scheduled to be held at Snorkel Park in Dockyard last Saturday, but was cancelled at the last minute because of immigration-clearance problems.

However, Azia Toussaint, a New York City-born rapper and reality TV star who was also scheduled to perform at the concert, was allowed in and blogged about her time in Bermuda in glowing terms.

Speaking to the Royal Gazette newspaper on her return to New York, Toussaint, 28, the daughter of a Haitian mother and Trinidadian father, said: “I loved Bermuda! The beaches are beautiful, the caves adventurous and the people so kind.

“It's definitely a place to visit.”

The National Security Ministry, which is responsible for immigration matters, did not respond to a request for comment.