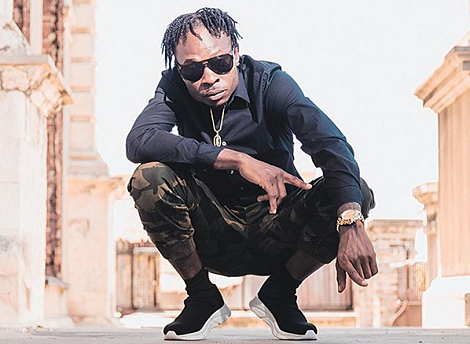 Recently dancehall artiste Versi took to Instagram LIVE to address a few things involving the artiste and the Unruly Boss Popcaan. The deejay had a lot to say, starting off with an unnamed unscrupulous producer who dropped a previously recorded track without informing him and calling it a Popcaan diss.

Versi went on to say that the song in question was voiced from 2017 and is a bad song, one that he wouldn’t mind hitting the streets. He said his songs are not time sensitive as their relevance is not transient. However he doesn’t want any clout chasing producers to be catching waves from his coat tail. Versi expressed, “Mi  nuh wah no man a ramp wid mi career, mi nuh wah no man a drop no song tru him hear me utter a likkl ting and dem a try get a hype, a dem producer deh mi a talk bout.”

He went on to talk about how many producers have voiced him as an artiste and hold on to his music, waiting for the proverbial hype to release them. He then asked on his live, what was the point of voicing him in the first place if this was the intention. Versi accused big established producers and young producers alike of the same pattern.

He then went on to speak of a recent scenario where he voiced for a popular producer, who initially loved the track given, but linked him back a week after voicing to let him know that someone from Popcaan’s Unruly camp was now on the riddim project. The producer let Versi know that he was going to do a joint project with the Unruly camp and they (Unruly) don’t want him (Versi) on the riddim.

“You see when some man do dem ting deh, it hurt we yes, and we can make other steps but we haffi make the fans dem know weh a gwaan ‘cause dem try dem ting yah wid me all the while.” said the artiste on his IG LIVE. He very strongly suggested that the Unruly Boss Popcaan was messing with his career when he said “Some man a ramp wid mi career!” stating that incidents like these are the reasons why his fans haven’t been hearing much from him since the start of 2019.

He went on to say that he invests heavily in music and himself as a dancehall artiste and what he has done with the track is taken it and built a riddim for the track in his studio as music is his life and he has been doing it from a very young age and showed around his studio in the live video.