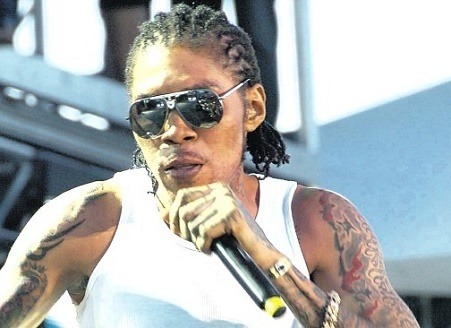 After being in lock-up since September 29, 2011, Vybz Kartel will know tomorrow whether he will be a free man at last or spend the next few decades in prison. In what is undoubtedly one of the most highly anticipated rulings, the Court of Appeal has indicated that the verdict is ready.

Bert Samuels, who is representing one of Kartel's co-accused, Shawn ‘Shawn Storm’ Campbell, confirmed to THE STAR minutes ago that all the attorneys will receive the judgement electronically. "At 9:30 tomorrow morning, all the attorneys will receive the judgement on their phones," he told THE STAR. Samuels further added that arrangements have been made to facilitate the media. "We have set up a makeshift area where representatives from the media will be asked to congregate to hear the results," he explained. The entertainer, widely known as the Worl Boss, was sentenced to life imprisonment by Justice Lennox Campbell on April 3, 2014, following his conviction in 2014 for the murder of Clive 'Lizard' Williams.

The judge said that he would be eligible for parole after serving 35 years. Kartel's co-convicts, Shawn Campbell, Kahira Jones and Andre St John, were also given mandatory life sentences, and have been ordered to each serve 25 years before they become eligible for parole. The men appealed their sentences and convictions in July 2018 and have been awaiting an outcome since. Their lawyers contended that the trial judge allowed "contaminated" exhibits to be included in the trial. In comments sent via Gaza's vice-president, Sikka Rhymes, this week, Kartel stated: "I feel very upbeat about the case. Weak evidence, fabricated evidence and prosecutorial misconduct aside, there is absolutely nothing to worry about in law. I'm 100 per cent sure I should be set free. Legally, there is very little to be concerned about. But put the 'Kartel factor' in the mix and everything gets complicated." Despite being in prison, Kartel has dominated the entertainment space. He has released an estimated 50 new songs since his incarceration, and the national security officials have constantly shied away from answering whether he is being facilitated by agents of the state. The Colouring Book deejay, through his lawyer, Tom Tavares-Finson, denied that he is recording in jail. He said that he had a "lot of surplus material" that he recorded before he was arrested