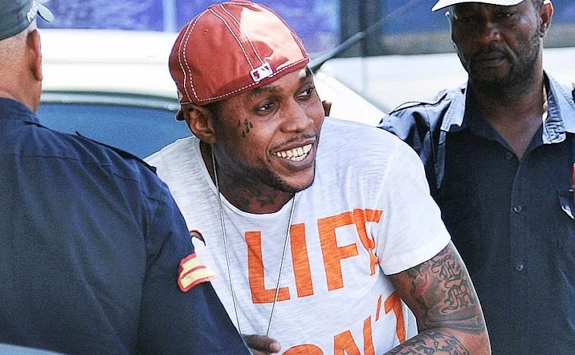 In the middle of this Coronavirus pandemic, the imprisoned, life sentence serving, exiled pharaoh of dancehall, Adidjah Palmer aka Vybz Kartel calls in on billboard charting producer Rvssian’s IG Live.

Imagine my shock when I heard my favourite dancehall artiste was on live and I missed it. Then reality smashed into my cranium, “How the hell did he go LIVE?” In reality, prisoners should not have any paraphernalia that would give them access to the outside world. But, this is Kartel who sang the Yaad Remix to Akon’s international smash hit ‘Locked Up’ that we are talking about. Can nobody forget the infamous verse 2,

“When Shotta go a jail

Me no empty no shit pail

Grill fly, me no peep through rail

Me have weed for sale

When Shotta go a jail

Warda send in fi him mail

Me no nyam prison food, a steam fish and lobster tail

More importantly, (I’m a little less proud to say this, but) we are also talking about Jamaica. Let’s get into the facts before asking any burning questions.

Rvssian, who went live on IG on Thursday, got a request from the verified Instgram account of Vybz Kartel to be added to the live during the stream. That request was followed up by scores of the teacher’s loyal fans who were tuned in egging Rvssian on to add the self-proclaimed ‘Worl Boss’ to the IG LIVE stream. Rvssian taking the bait from famous viewers like Grammy-Nominated producer Foreign Teck, rising reggae superstar Lila Ike (“Yes plz add Addi”. We see you being a fan girl and we like it) amongst others clicked the ‘add to live’ button.

Vybz entered the stream with his signature laugh and sang one line from his dancehall hit ‘Tun & Wine’ produced by TJ Records from his Gaza 4 Life album, released in 2012. Then said, “I’m Out” and exited the stream in true Kartel style. The feed from the contraband phone he was using was dark, so no one actually saw Addi’s face but the world surely stopped for those 5 seconds at the sound of his voice and then social media blew the hell up.

Blew the hell up is right, the Worl Boss earned himself, breaking news stories the world over on Friday, number 1 trending topic on Twitter, a cell block lock down/search as well as possible sanctions and solitary confinement.

Whilst we are absolutely sure that true gaza fans loved the 5 seconds of amazing, there are a few questions that just need to be asked.