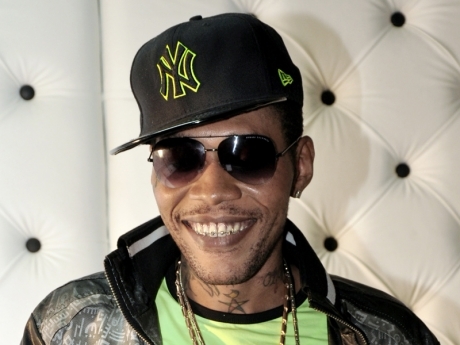 Members of Vybz Kartel's camp are touting to draft a petition in a bid to acquire bail for the incarcerated deejay.

Since last Monday, several tweets from the deejay's official account have been fuelling his supporters to be a part of a petition in a bid to get bail for the artiste.

"We can now confirm that there is no doubt that the system in Jamaica is determined to deny a fair trial for Addi. Gaza army, we have to stop dem," one of the tweets said on Monday.

Another of the tweets read, "recruit followers cuz we nah stay quiet no more. Fair trial includes the right to bail. Petition starting this week."

Two Fridays ago the dancehall artiste, whose real name is Adidja Palmer, was again denied bail in connection with the killing of Clive 'Lizard' Campbell.

Kartel and his co-accused are to return to the Home Circuit Court on May 27, when it is expected that the trial will begin. He was opposed bail on the basis that the prosecution has maintained that the case against the deejay is strong.

He has been granted bail in relation to the murder of Barrington 'Bossy' Burton in another case, but cannot take up the offer because of the Williams matter. It is alleged that Williams was killed at Kartel's home in Havendale, St Andrew, on August 16, 2011.

Williams and another man were reportedly taken to the entertainer's house to account for a lost firearm. Williams' body has not been found.

Meanwhile, attorney-at-law Christian Tavares-Finson, one of the lawyers representing Kartel, said that in the deejay's circumstance, a petition may not help him.

The attorney said that it would not be difficult to garner thousands of signatures for the deejay, but the Crown is saying the case against Kartel is strong and he has more than one case.

"It's always good to garner support, but the system is very straight forward and a petition is not a strong ground for bail in this circumstance. An application for bail has been denied in the Supreme Court and a decision is yet to be made about whether or not we should appeal the court's decision," Tavares-Finson said.