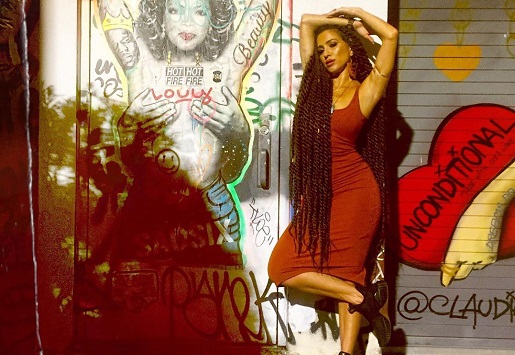 Not so popular on the dancehall/reggae scene is reggae soul singer Zia Benjamin who just keeps on surprising us with each passing year. It has been almost 2 years since the singer released the Rory Stone Love produced single ‘Mr. Never Man’ and about a year since the release of the video. Cue 2020 and ‘Mr. Never Man’ is featured on the soundtrack of the newly released British comedy series ‘Maxxx’.

Zia speaking on how she came to be a part of the project stated that the series producer Luti reached out to her directly. “We met a long time ago on the set of an Ed Sheeran and Master Shortie video (which never came out), this was way before I started really doing music, but I had played him some of my demos on set and he and a lot of the crew have remained my listeners up until now.”

In a recent interview with the Jamaica Observer, she further explained, “He (Luti) expressed that he wanted to a retro soulful Jamaican reggae vibe for a romantic scene between Jourdan Dunn and OT Fagbenle. ‘Mr Never Man’ is such a beautiful, real, raw, soulful lovers' rock song and it was perfect for the scene.”

Zia’s musical influences are a cross-cultural mixture of jazz, neo-soul, pop, and retro-dancehall converging into a sound she calls ‘Rum Shop Blues’. The layers in her sound are a reflection of her own identity as a mixed woman born in Jamaica to a Dominican father and German mother. “I think me being a part of this project just shows that there is space for Jamaican music that is a little different, that there is still room for soulful love songs, for raw emotion and vulnerability in this modern music sphere. I think it's important for Jamaican artists to express their full creative selves because it allows us to impact networks and listeners that are as unique and diverse as our music” she added.